The Cake Azure DevOps build task makes it easy to run a Cake script directly, without having to invoke PowerShell or other command line scripts. This makes it easy even for team members that are not familiar with Cake to add or adjust parameters passed to your build scripts.

To install the Azure DevOps extension, go to the Cake Build Task page on the Visual Studio Marketplace and click "Install".

Go to the Build section in your Azure DevOps tenant and create a build definition, or select an existing one. Add a new build step by clicking the "Add build step..." button. 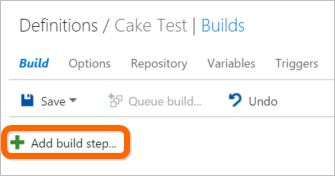 A dialog should appear with different tasks. Select the "Cake" task and click the "Add" button once. After that, click the "Close" button to close the window. 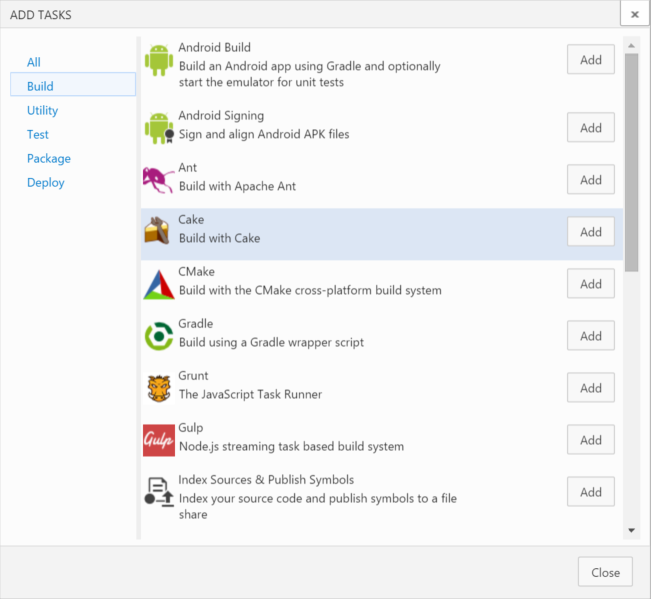 You should now be able to edit the build task information such as which build script to execute, what build target to run, the amount of logging (verbosity) and additional arguments sent to the build script. 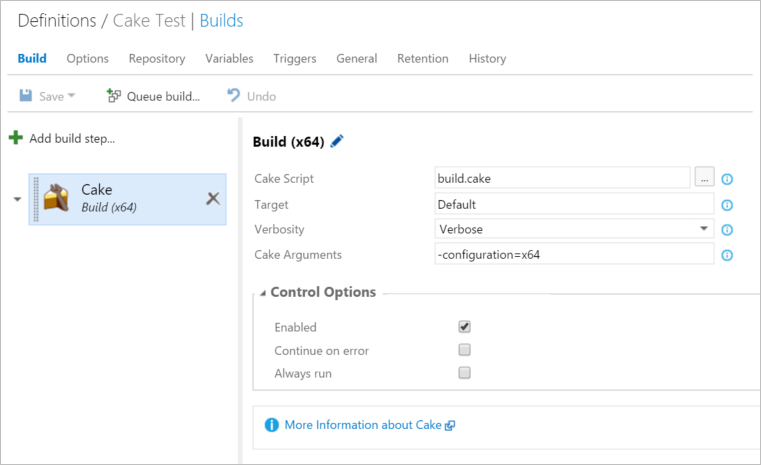 For those who are already using Cake making use of the Bootstrapper file, this is not called when using the Azure DevOps task. To use the bootstrapper file you should add a "PowerShell" or "Shell Script" task instead.

Environment Variables which are marked secret in Azure DevOps, can by default not be resolved using EnvironmentVariable() in a Cake script. They can be passed as arguments to the build script or explicitly mapped in using a YAML build definition. You can read more about this limitation in the Azure DevOps documentation.